Myself and Signature Living are proud to announce our purchase of another iconic Belfast landmark, signifying our growth and investment in the Northern Irish capital.

Belfast has always been a city of interest to myself, and I am hugely excited to get started and bring the Signature touch to this great and historic city. Just last month it was announced that we had purchased the iconic, Grade B+ listed Crumlin Road Courthouse and our newly announced purchase, The Scottish Mutual Building is just as exciting.

A City Steeped in History

There is no denying that Belfast is a city built on its past.

From being a major commercial and industrial centre to the home of the conflict between the Catholics and Protestants, Belfast is undeniably shaped by its history.

Belfast was a city that thrived in the 18th and 19th century as it led the way as a prominent merchant town, with linen, tobacco and shipbuilding dominating the economy. The industry of shipbuilding led the city with Harland and Wolff quickly establishing themselves as the world’s leading liner constructers.

The first world war had a substantial effect on the shipping industry and with an initial boom in production, this soon came crashing back down. Employment figures went from a pre-war high of 25,000 to just 2,750 in 1933 which had a hugely destructive effect on the city. The industry experienced a number of highs and lows from then on and unfortunately to this day, remain pretty low.

As well as being shaped by its commercial offering, Belfast is shaped by its legacy of conflict and The Troubles which are undeniably an integral part of the city. 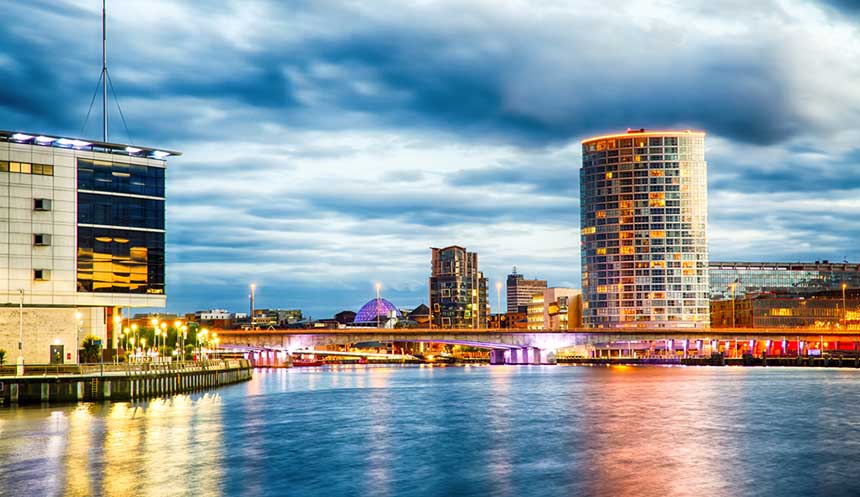 Fuelled by religious roots, the conflict centred on opposing views around the countries status. The initial conflict in Belfast was particularly chilling with a total of 465 deaths between the years of 1920-1922, 159 of these deaths were Protestants, 258 Catholics, 35 Crown forces and twelve IRA members.

After a number of years of underlying tension and unrest, The Troubles began in 1968 which ignited a 30-year, politically fuelled battle. The violence from all sides was extreme with brutal murders, bombs and kidnappings involved with each group believing their violent campaigns would help to achieve their goals.

The Troubles were the cause of over 3,600 deaths and countless injuries with Belfast alone being home to over 1,500 deaths.

Towards the early 90’s, a resolution was in sight and negotiations were underway to instil peace within the Northern Irish community. Following a number of years of talks, the IRA and loyalists held onto their ceasefire and in 1998, the ‘Good Friday’ agreement was signed.

This tremendous loss of life and violence had a hugely negative effect on Northern Ireland and certainly had an impact on how the country is portrayed, making it a city tourists weren’t keen to explore. After putting this conflict behind them and following many years of regeneration and investment, Belfast is again on the rise and is proud to be one of the most exciting cities in Europe and Signature Living is ready to improve it even further.

Belfast is a city of culture, history and nightlife which attracts visitors from all walks of life.

After much development, the city has an exciting vibe with excellent landmarks and attractions, a fantastic nightlife scene and an abundance of history wherever you go. Although compact, Belfast is bursting with things to do, see and explore making it the perfect city break destination.

Belfast represents more than 50 %of Northern Irelands tourism and is a real pillar for other NI cities to look to. But in order for the city to keep growing, a continued stream of investment is needed, which is where we come in.

Tourism in Belfast over the past decade or so has had its ups and downs but overall, it’s been consistently level. In 2015, there were 4.5 million overnight trips to Northern Ireland, in Belfast, the visitor economy is annual worth £450 million. Belfast City Council has set a Tourism Strategy which runs from 2015-2020 and plans to double the value of tourism to £870m per year by 2020.

In terms of hotel occupancy, this stood at 67% during 2015, this was an increase of 2% from 2014 and a total of 1.9 million hotel room nights were sold in 2015. Hotel room occupancy furthermore experienced an all-time high in 2016 with the month of August reaching 88%, the highest on record for any month. It is reported this is down to an overall increase in hotel visits, strong mid-week breaks and a positive upturn in the Republic of Ireland market. This increase in hotel occupancy certifies the cities growth and the continued interest visitors have in Belfast.

The Tourism Strategy sets out to improve the city’s reputation through marketing, making the city more accessible and working on better services for visitors including putting on more public events.

There is certainly room for growth in Belfast and Signature Living are excited to be a part of the growth by bringing a totally unique hotel experience for both locals and visitors alike.

Last week, myself and Signature Living finalised the purchase of the Scottish Mutual Building, our second Belfast purchase.

Located on Donegall Square South and Bedford Street, the Scottish Mutual Building is a Grade B1 listed building which was originally the Scottish Temperance Building designed by Henry Seaver and built by James Henry & Sons between 1902 – 1904. In the heart of the Linen Quarter, the Scottish Mutual Building sits opposite the former White Linen Hall which was transformed into Belfast City Hall many years ago. At one point, Belfast was referred to as “linenopolis” due to it being filled with linen manufacturers who had such an important role to play in the development of the city as a whole.

The six-storey building is currently in a state of severe disrepair after being left for many years, we plan on transforming this iconic building into a specular boutique hotel where the history of the city and building will be celebrated.

As with our other heritage developments, we will sympathetically restore this remarkable building to its former glory to ensure that once again, the Scottish Mutual Building is a landmark destination which can be enjoyed by all.

We are proud to have committed £15 million to the development of this restoration but see ourselves as not only investing in the building but into Belfast and Northern Ireland as well which is on the cusp of a real tourism boom.

Belfast is crying out for a hotel with a difference and Signature Living is the company to do so. We plan on bringing our unique luxury décor and guest experience to Belfast and blending this with the historical significance to create a hotel like no other.

We are known for restoring listed building, such as the Scottish Mutual Building and I am more than confident in our ability to transform this building like we have with 30 James Street in Liverpool and The Exchange Hotel in Cardiff.

As with all of our listed buildings, we will never alter the true DNA of the building and work hard to keep the footprint of the building the same. Becoming a hotel is the best option for a building such as the Scottish Mutual as I believe it truly deserves to be celebrated and enjoyed by the public which simply can’t be done in any other way.

Just last month we purchased our first Belfast-based building, the iconic Crumlin Road Courthouse which, like this building, we plan on transforming into a luxury hotel. Again, we will work hard to preserve the history and ensure the untold stories from years gone by at courthouse are shared with the public.

We have plans make Crumlin Road a completely unique hotel and venue, offering something no one has experienced before. We plan on reconnecting the courthouse to the jail across the road via the underground tunnel which was once used to transport prisoners after their sentencing. Our hope is to one day allow guests to stay on both sides of the road, but for now this is just a wish.

We furthermore have plans to open a George Best themed hotel in Belfast to celebrate the late, great footballer and we believe we have found the perfect site, of which we shall be releasing further details soon.

I am really looking forward to getting started these two developments and establishing Signature Living’s presence in Belfast. Keep an eye on our latest news for development updates and any news regarding current and future projects.