We recently launched a campaign to find the 30 James Street Clock, which was installed during its construction in 1896; however, it disappeared shortly after the Liverpool Blitz 1941.

The clock survived the heavy bombing by the German Luftwaffe. We believe it was not damaged by shrapnel and the clock was no longer in fashion during the 1940s, so was purposely removed from the building, boxed and stored away for safety. 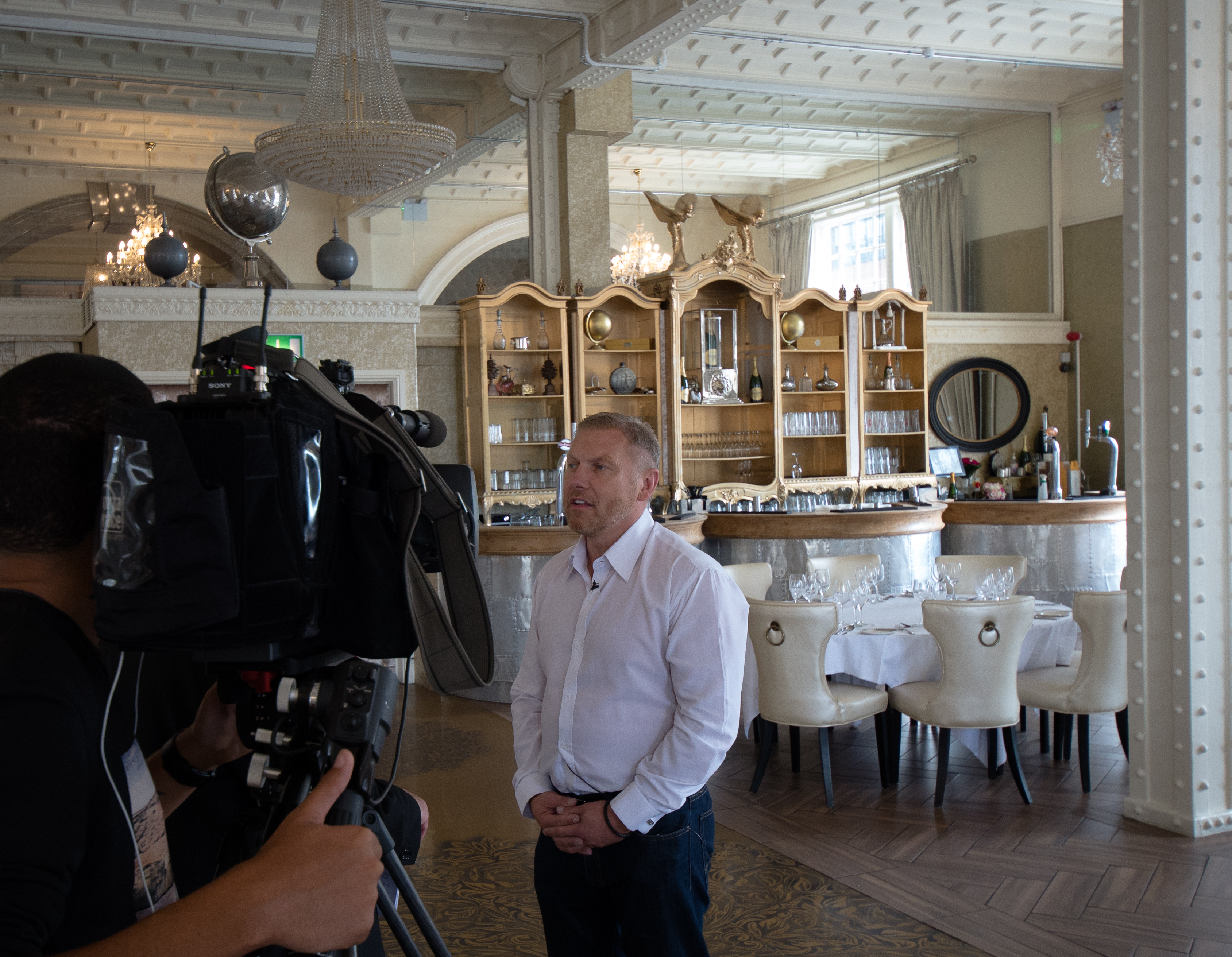 As well as promoting the campaign online, I was lucky enough to appear on various news programmes, including Granada Reports and BayTV. Television crews joined us in 30 James Street’s White Star Grand Hall to help with our campaign, ensuring we returned the historic clock to its rightful place.

Myself and Katie are passionate about restoring the building to the best of our ability, and we believe the 30 James Street clock is the missing piece to preserving the White Star Line’s history. We therefore asked the public to help us find the clock, which we believe went missing before or during the building’s restoration.

Take a look at the Granada Reports and BayTV features – which aired on Tuesday 4th August 2015.