No one can deny that Belfast is a city steeped in history.

As the capital and largest city in Northern Ireland, Belfast remains the economic engine of Northern Ireland with a major port still in use, a growing tourism industry and a wealth of regeneration and investment being pumped into the city.

I have always had an interest in Belfast, from its civil unrest which shook the world to its resilient turnaround, there is so much history and culture within the city, making it the perfect place for Signature Living.

We have a history of redeveloping iconic & derelict buildings and transforming them into magnificent destinations which can be enjoyed, appreciated and loved by the public and I truly believe that Belfast is the next piece to our puzzle.

Crumlin Road Courthouse is a magnificent building which in all honesty, I have had my eye on for several years now. Bursting with history and tales from the troubles which brought the city to its knees back in the late 20th century, there are so many stories which need to be told.

History of the Crumlin Road Courthouse

First opened in 1850, Crumlin Road Courthouse was designed by Charles Lanyon and is situated just north of the city centre.

Sitting opposite the notorious HMP Belfast, or as it’s otherwise known, Crumlin Road Gaol, the Courthouse was and still is connected to the prison via a series of underground passageways. Once convicted, prisoners would be sent down and start their sentence by making their way through the cold, dark and damp tunnel into the prison.

The Courthouse has long been one of the most iconic landmarks of the troubles as a number of IRA members who were convicted would be tried and sentenced at the Courthouse. Famed IRA members and those involved in the political unrest included Gerry Adams, Ian Paisley, Paddy Devlin and David Ervine.

In 1983, twenty-two IRA suspects were jailed for a total of 4,000 years following a ‘supergrass’ trial which was the biggest sentence ever given at that time. Other prominent Troubles cases held at Crumlin Road Courthouse include the UVF Shankill Butchers, and of Sean Kelly, the IRA Shankill bomber, making it an interesting building to say the least.

As well as the famed trials, which were held within the building, the Courthouse is one of the most prominent listed buildings in Northern Ireland. With Grade B+ listed status, the Courthouse has undergone some extensive damage since closing nearly 20 years ago, most notably in 2009 when it suffered three fatal fires. These fires caused massive damage to the structure, interior and roof and led to many questioning its suitability to be saved. As a result, the developer at the time, Barry Gilligan, pulled out of the deal to develop the site into a hotel as he stated the lack of grant aid and resulting levels of damage made the project unviable.

As you can imagine, the building is a poor condition, with little attempt being made to save or stabilise the historic building since its initial closing in 1998.

Our focus will be on sympathetically restoring the building so that is both true to its architectural history and aligns with the Signature style. We simply aren’t like other developers; we run towards buildings that others would run away from.

In fact, with only 25% of the building’s roof intact, wildly overgrown gardens and public speculation surrounding every change made to the building’s DNA, this certainly isn’t an easy project. But with our wealth of heritage experience, we’re confident that we can preserve and transform Crumlin Road Courthouse into a building that Belfast can be proud of.

As a city which hasn’t stopped growing, Belfast is in need of a spectacular hotel and I feel that we are the best people for the job. Although our home is based in Liverpool, I do not want the people of Belfast to be worried about Crumlin Road Courthouse and our plans. We see ourselves as merely custodians of the building and the Courthouse will very much belong to the people of Belfast.

We want to invest in the people, community and growth of Belfast and see Crumlin Road Courthouse as the perfect first step. We will be committing £25 million to the restoration of the Courthouse and hope to invest in a number of community initiatives both when the hotel opens and throughout the course of its restoration including the launch of a special apprenticeship academy.

The Signature Living Group has a deeply rooted history of redeveloping historic buildings; we aim to restore unique buildings that have been abandoned or left in a state of severe disrepair.

Undoubtedly one of Signature Living’s most notable developments is 30 James Street in Liverpool, the former headquarters of the White Star Line Shipping Company and the home of the Titanic. Following a merger between Cunard and White Star Line, the headquarters moved across the road and the Grade II* listed building was abandoned.

The grand building was left to rot with damage covering many corners including the first-class passenger lounge and ticketing office. We acquired the building in 2003 and completely transformed it into the magnificent building it is today complete with luxury suites, rooftop champagne bar & restaurant, breathtaking Grand Hall and indulgent spa. We wanted to celebrate every inch of history within this building and today, 30 James Street is a tribute to those who worked at White Star Line, those who were on the Titanic on that fateful day and those who helped to save survivors. 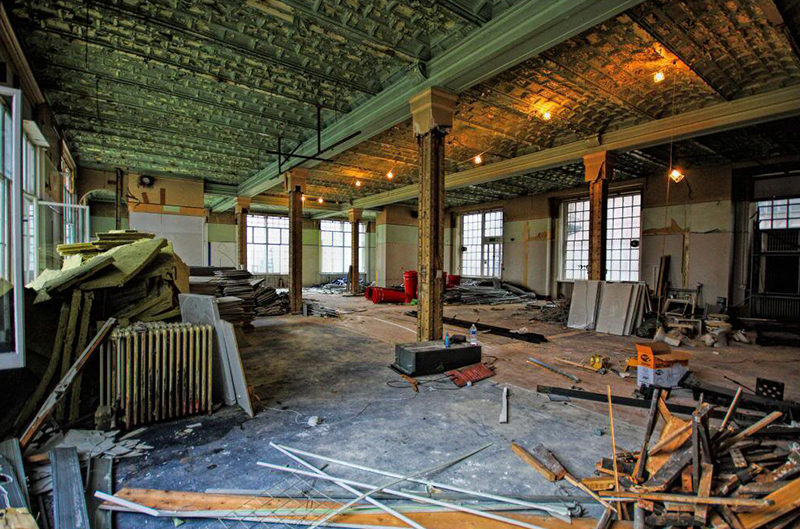 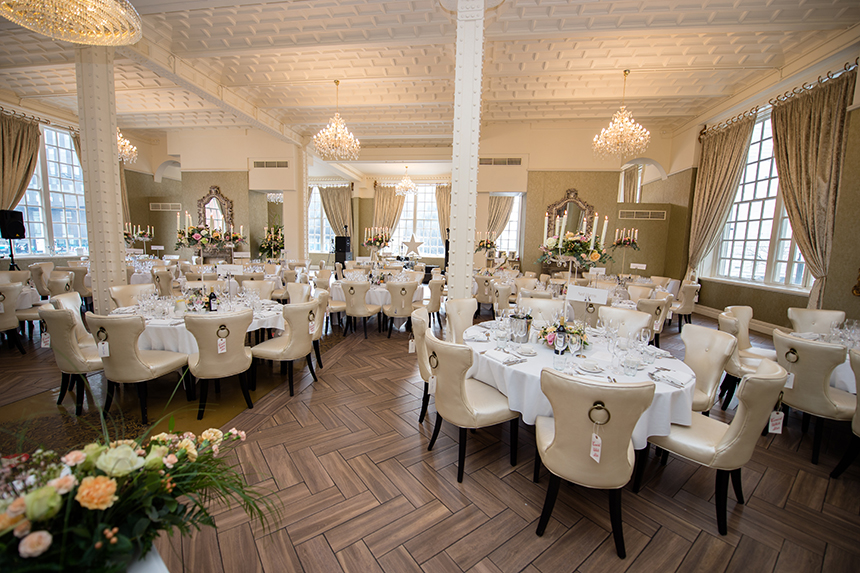 One of our most exciting heritage projects is The Exchange Hotel in Cardiff, which is set to open later this month. The former Coal Exchange was the home of the city’s booming coal industry, while the grand hall acted as the trading hall, welcoming hundreds of men every day to make deals in person and over the phone. With its Grade II listed status, this is a building which was severely damaged throughout with numerous floors fallen though, rot throughout and trees emerging from the walls.

The building was left in a severe state of disrepair and work is currently ongoing to renovate the site into a luxury hotel. Taking the building’s history into deep consideration, the historic architecture and original features such as the trading hall will be preserved.

The first phase of the development will be opening in a few weeks with continued work ongoing to complete phase two and three which will include two restaurants, a spa and two wedding and event venues, making this one of the biggest projects undertaken by myself and the Signature Living team. 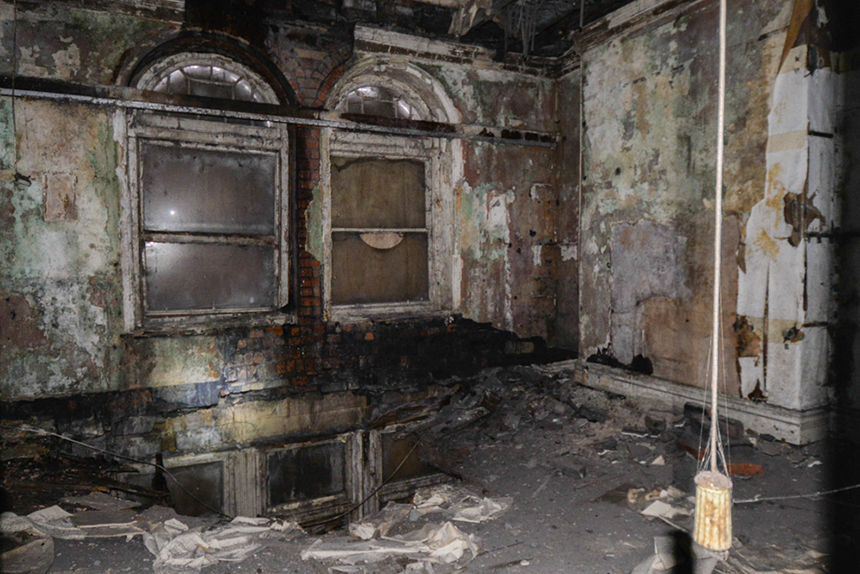 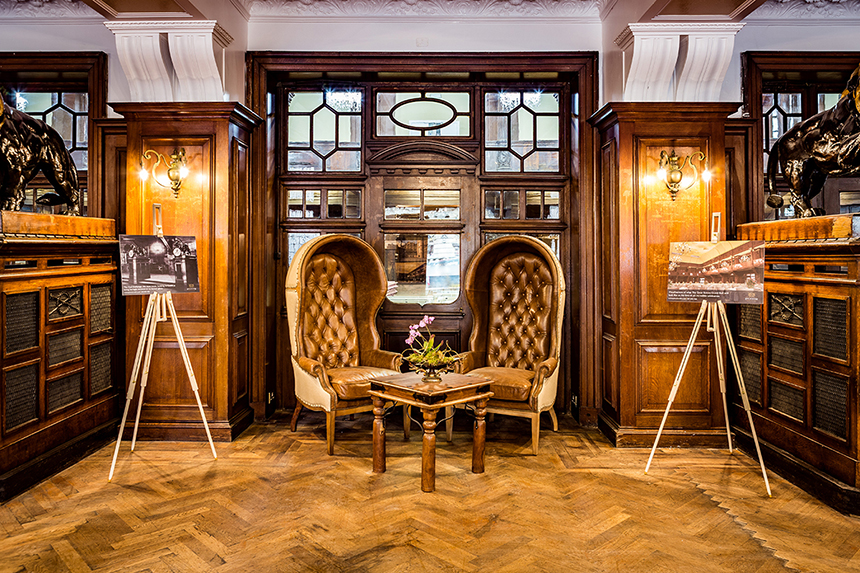 From our past heritage projects, it’s evident that we don’t just develop old buildings; we develop their stories. While I was captivated by the architecture of Crumlin Road, it was the stories that spurred the next chapter.

In keeping with our work at 30 James Street Hotel, we aim to weave compelling stories from a bygone era around the restored Crumlin Road building. The history that radiates from Crumlin Road’s corridors certainly won’t be forgotten. After all, the court was at the centre of Northern Ireland’s upheaval for over 100 years, so we’re dedicated to sharing this history with visitors and tourists. We believe the hotel will attract a new plethora of tourists who are keen to explore the ins and outs of this amazing city.

We have learnt how to intertwine history with a modern twist, proven by our track record. My journey as a developer truly began in 2008 when Signature Living’s very first apartment opened its doors. A combination of passion, hard work and knowing our customers enabled us to grow rapidly. Signature Living continuously flourished, and we began to develop more and more apartment blocks in Liverpool. This success led to opening Signature Hotel, which soon became a go-to destination for Liverpool tourists in search of something special.

With 30 James Street, The Exchange and our Bill Shankly-themed hotel The Shankly, we have further plans in place to expand to Manchester, Preston and Belfast.  To date we have run our Liverpool portfolio at 99% occupancy for the last 6 months. This is in comparison to some of the world’s largest hotel brands, with an occupancy of just 77%. The future of Signature Living looks bright, and I’m hugely excited to discover what we can do in dynamic cities like Belfast.

There is so much history hidden within the walls of the Crumlin Road Courthouse and I can’t wait for this to be shared with the public. I am confident in our ability to restore, celebrate and bring life back to this remarkable building and I have no doubt that Crumlin Road Courthouse will be just as successful as our other array of other projects.

You can read some coverage from the BBC, ITV and Sky News on Signature Living’s plans to develop the Courthouse.