On May 11th 2010, David Cameron become the youngest Prime Minister in the UK in over 200 years and saw the Conservatives regain power after 13 years of a Labour government.

We’re now 9 years on and it’s safe to say day-to-day life in Britain has changed massively but what exactly have the Tories done for this country? I’m a vocal and proud Labour supporter but that’s not to say I can’t recognise that a Conservative government has given the country some things that Labour never could.

Back in 2005, then Conservative leader David Cameron declared that it was a disgrace that one single mother had taken a food parcel off the Salvation Army under a Labour government. Fast forward a few years and working families relying on food banks is the norm. Between April 2018 and March 2019, The Trussell Trust’s foodbank network distributed 1.6 million three-day emergency food supplies to people in crisis. More than half a million of these went to children.

The Tories should be ashamed that they have created this national crisis and even more so that they do so while taking pay rises and claiming ludicrous expenses as children across the country literally starve under their austerity measures.

Back in 2010, under a Labour government, the NHS had it’s highest ever public approval ratings. The NHS is one the UK’s proudest achievements and is the envy of many countries across the world. However, this Tory government doesn’t seem to agree with this and seem to be actively crippling and privatising the NHS. Theresa May and her colleagues will never properly fund the NHS solely because they don’t want it to work – everyone, regardless of their financial status, having access to healthcare isn’t one of their priorities.

I don’t need to explain Brexit to anyone – it’s all we hear about in the news at the moment. Whether you voted Remain or Leave, I think we can all agree that the current mess we’re in is not something anyone voted for. The Tories are not equipped to deal with this and never were – the referendum was all party politics to appease voters and party members that might have been swayed to UKIP. Nearly three years on, things to seem to get more chaotic daily and the Tory MPs all seem more interested in party politics yet again; the focus now on who will come out as the next Tory leader during this mess. They have put their party before their country and it’s people.

Universal Credit is the supposed flagship reform of the benefit system which combines benefits such as unemployment, tax credit and housing benefit. It has been hugely unpopular and dubbed May’s ‘Poll tax’ moment. There are so many reasons why Universal Credits are so damaging and from my experience with The Cotton Street Project, meeting and listening to the stories of vulnerable people, I truly believe it’s one of the most damaging things the Tories have implemented. 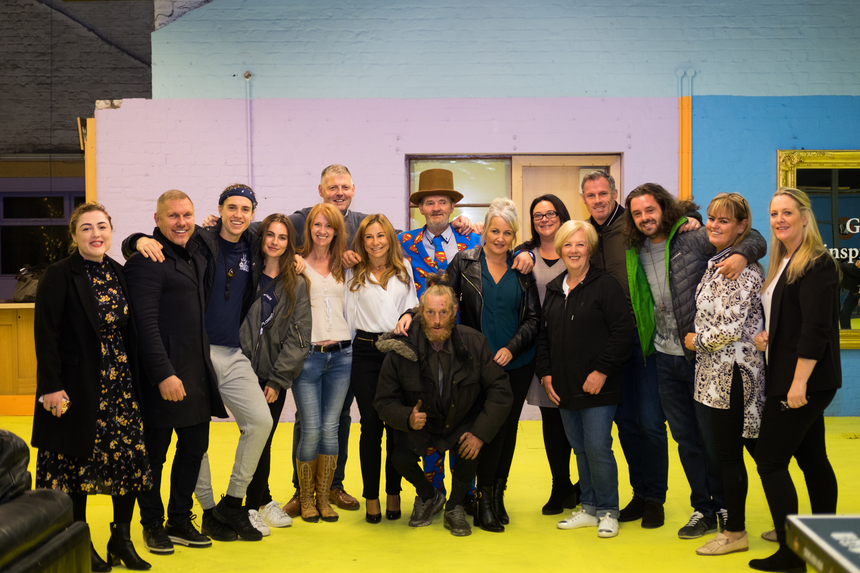 People are at risk due to them and I will be writing a sperate blog to discuss what I have learnt about this system over the last year.

5) A Rise in Child Poverty

In 2018, government figures showed that over four million children in the UK were living in relative poverty. That is one three! This figure is predicted to rise over the next five years with the introduction of Universal Credit and more public cuts.

This has happened accidentally – this is down to austerity implemented by the Tory government over the last 9 years which was always targeted to hit and hurt the most vulnerable in society.

One of the clearest examples that the Tory government austerity plan was always targeted to hurt the most vulnerable. Rather than hit the millionaires of this country with a Mansion Tax (something the Labour Party had in their manifesto), the Tories decided to raise extra cash by hitting the poorest in society with a cruel bedroom tax.

The Bedroom Tax is the UK government’s policy of cutting housing benefit if someone in social housing has a spare bedroom and a quick google search will reveal the suicides due to it, the families starving after the cuts and many disabled people having to live in an undignified way due to it.

7) Abolition of Sure Start

Since 2010, more than 1000 Sure Start children’s centres may have been shut down in England. And who came into power in 2010? That’s right, The Tories and their cuts to public services.

The closure of Sure Start centres, like with trebling of University fees, hampers social mobility and results in thousands of children missing out on vital services.

Access to further education is one of the key things that ensures social mobility can occur. Back in 2012, with the help of the Lib Dems, the Tories didn’t just double tuition fees but trebled them. The rise in fees has led to a huge drop in University applicants and obviously, makes it difficult for those from lower earning families to be able to further their education and with many higher paid jobs requiring degrees, ensuring their earning ability is limited.

The Tory message with the increase to tuition fee rise was clear – stay in your lane. Let the rich get richer and the poor get poorer.

9) A Chance to Start a New Movement

And finally, something that can actually be a positive. Throughout the last few years, more people on the left have become politically aware and active. The savage cuts that the Tories are implementing across the country are not going unnoticed and, especially in a city like Liverpool, people are, and will fight back.

The Tory Government won’t be in power forever and when Labour return to government, we will be ready and better than ever to take this country back to a place that looks out for the many, not the few.