I have always been a huge fan of music, I think everyone that has grown up in Liverpool is. We live in a city that seems to be built upon the idols of the past, but one that also encourages up and coming artists. That is why the Liverpool music scene is so exciting and why at Signature, we decided it was time to give something back to this important part of our Scouse heritage.

Signature Live Sessions was born from an idea that myself and Signature’s film maker, Ian Lysaght had when we were deciding how to make the best use of the new rooftop venue in Eden. We wanted to create an event that was cinematic, something that would draw the people of Liverpool in and something that was free. After brainstorming several ideas and disregarding most of them, we both realised that the only option, and the best option was to put on a unique live music event.

But of course, organising a gig isn’t easy, we knew we needed to get someone on board who was passionate about music and knew the Liverpool music scene inside out. This is when Keith Mullin, lead guitarist of iconic Liverpool band The Farm, came in. Ian and Keith had been good friends for many years, often bumping into each other in town and chatting about all things sound and cinema. Keith is undoubtedly a musical guru and we knew he would be perfect for our new event.

We discussed a number of different ideas, but finally decided on the concept of putting a legendary Liverpool band up on the stage, alongside a young, new band. Focusing on amazing content, we would film the gig and conduct interviews with the artists that focused on song writing and what inspired them to make music. I think this is something that is relatively new in the Liverpool music scene, great video content that is completely visual and immersive, and promoting both young and old bands.

That was our loose brief, so following that we set a date and gave ourselves just a month to pull everything together before the first event, which we did! It went really well, and it’s started to grow from there.

Signature and the Liverpool Music Scene

Already the most unique live music event in Liverpool, Signature Live Sessions is an exciting new venture with a strong focus on giving something back to the city’s exciting music scene. I think there are a couple of things that really make our event different to other gigs in the city.

The bands that Keith chooses for each gig are not genre specific. None of the artists necessarily go together, its more about creating an event that is very visual and interesting. Each of our gigs are filmed by Ian and the team, so they tell a story, which allows us to put very different artists together in one gig. Plus, the artists get some amazing footage of their performance in a setting that really enhances their talent.

We’ve been lucky enough to host The Farm, with SUB BLUE and before that we had The Sums and Red Rum Club. The last event saw Natalie McCool take to the stage before The Christians, which proved to be a huge hit. This type of line up clash would normally be seen at a music festival, which is certainly something that really works on our rooftop venue.

Keith and Ian had the idea to document this uniqueness, making it really special for music lovers and the artists themselves.

For me, Signature Sessions is about creating something that gets people talking. I love the buzz that things like this create, that’s what Signature Living is really based around. It’s a unique thing, I like to call a ‘sharp edge’ that gets people interested and asking questions.

We don’t charge for the event, it’s more about giving something back to the Liverpool music scene. I’m lucky enough to have this amazing venue and the facilities to create engaging content, so why not help musicians and host something that people love.

We started it as a very small idea and it quickly snowballed. Because before we had Keith it was only ever going to be smaller artists – but after Keith started to help out, it meant we could go after the bigger bands.

Keith has a great way with words and described Signature Sessions as a kind of corporate punk. That really stuck with me, because it is true in a way. What we’re doing with Signature Sessions is a bit chaotic and certainly challenging, we’re making bold statements with a creative drive but there is still an element that we’re making up as we go along!  But that’s what makes it so exciting and new.

The Importance of Music in Liverpool

There’s no doubt that music is important to every city, however Liverpool is special because it has such a different and varied musical heritage. Liverpool is home to a broad mix of cultures and people that have all brought their music to the city and that stems from the Port and things like the Cunard Line. I suppose it’s become a melting pot for different genres and that is something that makes the Liverpool music scene very special.

Ian, our film maker at Signature actually made a film about this fascinating topic called The Cunard Yanks, which explores the working-class seafarers who left Liverpool every week to travel to New York. Between 1944 and 1968, over 25,000 merchant seamen would leave the city and spend two weeks in New York, followed by two weeks in Liverpool. So, these men were listening to rhythm and blues in New York in the 50s and buying Little Richard and Chuck Berry records in the 60s two years before they had been heard in Europe. And of course, this distinct sound is how The Beatles really hit the big time. Ian described the Trans-Atlantic routes as the first real super information highway, because of the sheer amount of culture that came across and obviously went back the other way.

This huge love of music obviously continued through the years with the emergence of Liverpool’s huge jazz scene, country and western, Balearic beats, cosmic scouse and obviously the huge house and dance music scene that rose from Cream.

Our city has always championed creativity, from embracing new genres and cultures, to even saving old buildings and our important heritage that way. Since the decline of the docks and trade, the people of the city have a great way of turning empty spaces into something creative and cultural and that’s really what we wanted to do with Signature Sessions. It’s something that has always gone on in Liverpool and something I hope to continue.

The Future of Signature Sessions

When it comes to bands and line ups, its all down to Keith, he’s the man who knows what works and what doesn’t. I’ve asked him who he would like to see on our stage and there are some big names in the pipe line. 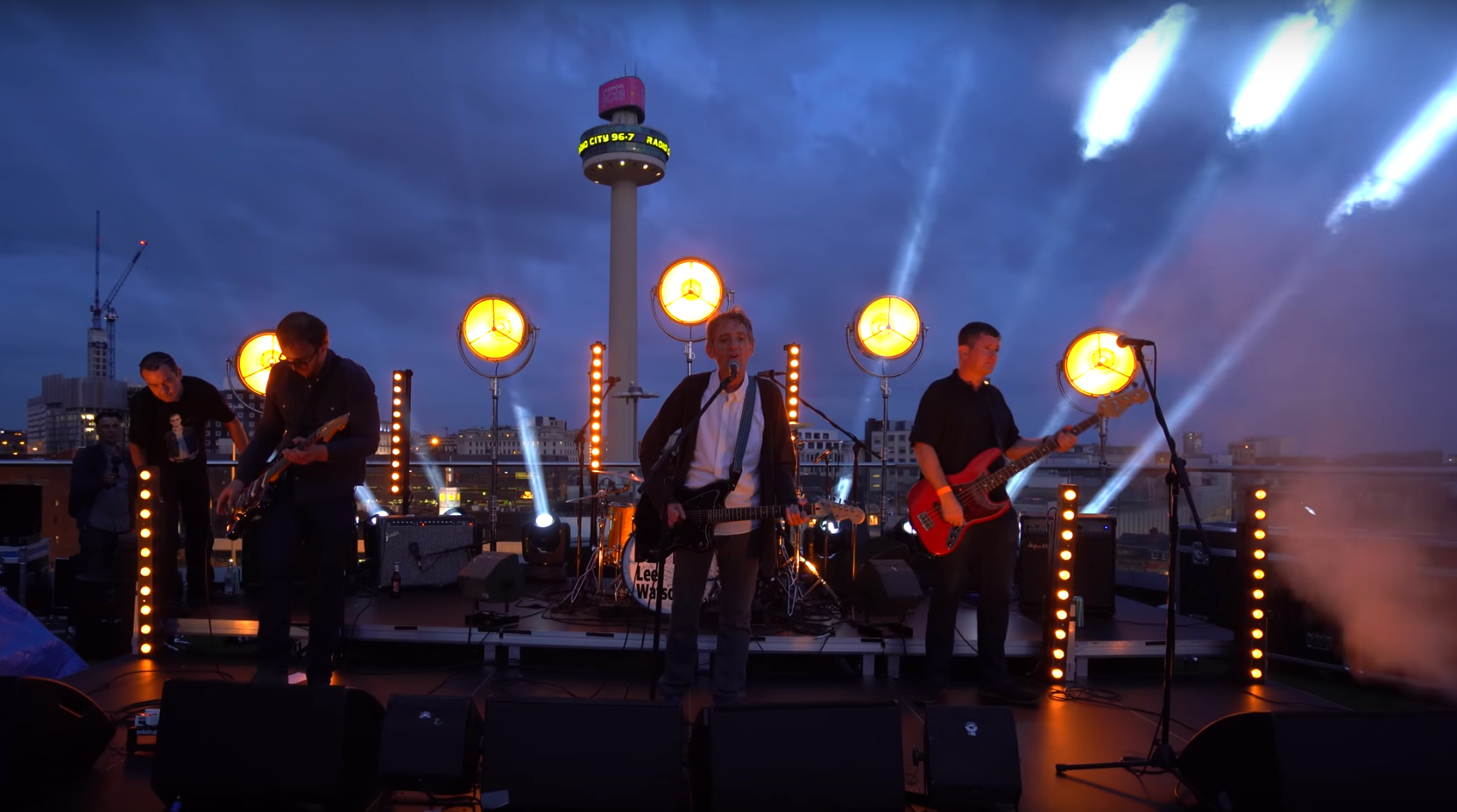 From The Coral, to Reverend and The Makers and She Drew the Gun, there are all kinds of artists that Keith, myself and the team would love to see perform on the rooftop. And there are a fair few artists that we’re going to keep under wraps for the time being.

In terms of the future for Signature Sessions, it looks very bright! Keith and Ian have some big plans and ideas on how to develop the event even further and make it the best gig the Liverpool music scene. It’s an exciting new project for Signature and I’ve been thrilled to see how well the previous events have been and just how breathtaking live music is on the Eden rooftop.

If we can create just a fraction of the atmosphere that The Beatles did on that iconic rooftop gig in London, their final public performance as a band, then I’ll be over the moon.