Home  /  Homepage  /  A New Era for The Exchange Hotel

The development of the Grade II* listed Exchange Hotel in Cardiff has been one of the most challenging yet rewarding in our history.

From the moment we purchased this iconic building we faced hurdles from campaign groups, locals and MP’s who said Signature Living were not right for this development. But in true Signature style and spirit we overcame adversity and last weekend we opened the doors.

Built in 1883 and originally named The Exchange, this building was the centre of the world’s coal industry, where the price of coal was set and traders & merchants would come to conduct business, making their fortunes and putting this great country on the map. It was subsequently nicknamed the Coal Exchange by locals, to which this day it is still called.

Receiving planning permission to transform the Exchange was a great process and unbelievably we were only granted permission two months prior to the opening, ensuring we truly were pushed to the limits. The first phase is now complete, the opening saw 30 rooms open and just in time for the Champion’s League final, 57 rooms are now in use.

When we came to first view the Exchange, we weren’t allowed inside because of the safety restrictions in place. We were then told that the Exchange would cost £42 million to restore and upon completion, it would be valued at £35 million, meaning we were essential signing away £7 million before we had even begun. But the decision to purchase this building wasn’t about making profits and I truly believe that no one else could have done what we have. 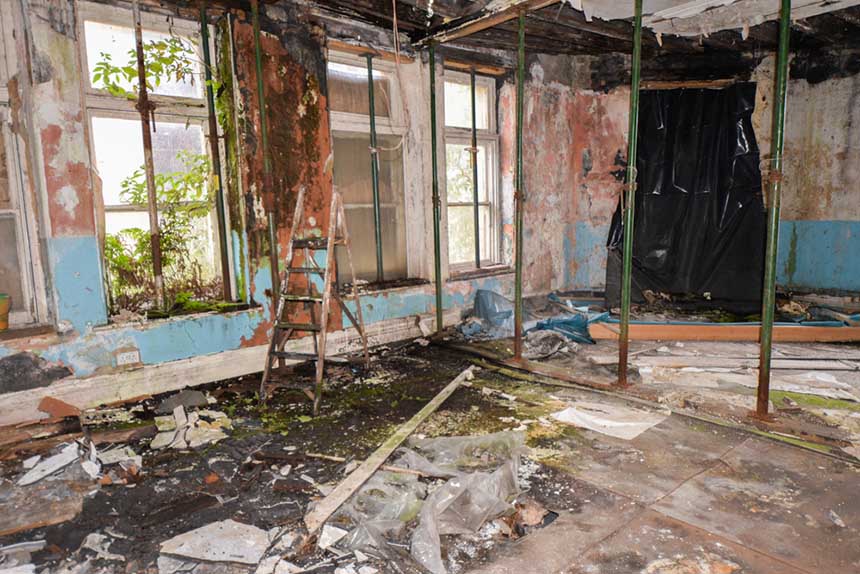 When we purchased the Exchange, we received a lot of criticism about knocking down the walls but in fact, this was simply a rumour and not at all true. Our redevelopment has seen us take down a total of 5ft of wall within the reception area which means none of the original walls have been disturbed and are still intact. Every inch of this building’s DNA has been preserved in the most sympathetic way by an amazing team who have worked extremely hard over the past 14 months. In my opinion, being transformed into a hotel was the best and only path for this remarkable building. The public, and women who were formerly banned in its day are welcomed to walk the corridors, celebrate life in the hall and discover the hidden history.

Over the course of transforming phase one, we unearthed 1,300 tonnes of debris and we still have another 1,300 tonnes remaining, highlighting the sheer scale of work still ahead of us. There is still a long way to go with further dereliction hiding behind the scenes but we are winning this battle and confident in our abilities that this soon will once again become an iconic landmark.

There are currently 30 rooms completed. by the beginning of June there will be 60 completed rooms and by September there will be 90 completed rooms. We are hopeful and determined that the hotel will be fully open to the public and completed by January 2018 with Culley’s Restaurant, two stunning wedding & event venues and luxury spa.

We have many more days, weeks and months ahead of us as we continue to restore the history and preserve as much of the Exchange history as we can.

It has been a gruelling process but I am thrilled that the public, and critics, can see the amazing transformation we have achieved in such a short period of time.

You can find a full gallery of photos below, to follow updates from The Exchange Hotel, please keep an eye on our social media pages or follow my latest news. As The Exchange Hotel is open for business, I welcome you to come and see for yourself the transformation which has been made and the leaps which have been taken to restore this iconic building.